Hunter Wendelstedt was going to become a teacher. However, the “family business” had a higher calling for him and he followed in his father’s footsteps. Hunter and Harry Wendelstedt became the first ever father and son duo to  umpire a MLB game together in 1998. 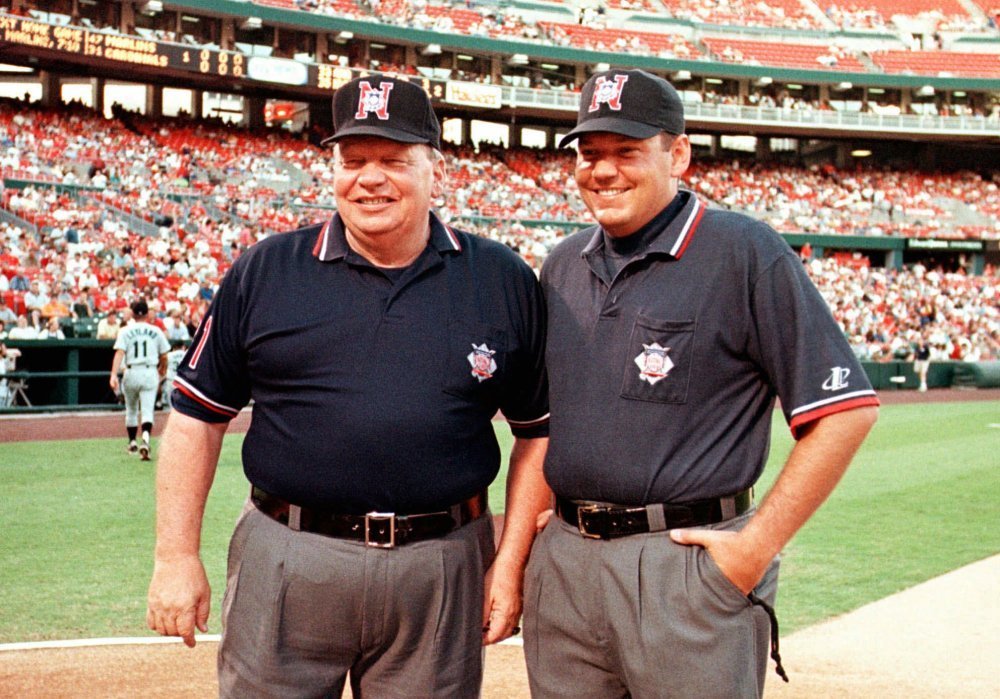 Hunter did end up becoming a teacher, by the way, as he is now the owner and operator of the Harry Wendelstedt School For Umpires, the family’s other business.

On Episode 11 of UmpTalk, we talk with Hunter Wendelstedt about his father who umpired over 4500 professional baseball games. We talk with him about his own 15 year MLB career. We talk about concussions and, of course, we talk about Umpire School and “Safes and Outs.”

So rarely do we get an opportunity to hear from the Men in Blue (or Black, or powder blue, but thankfully, no longer red) who work at the highest levels of baseball – listen closely towards the end of the interview when Hunter talks about how he spends every 7th Inning Stretch. Pretty cool stuff. Thanks to the folks at the Wendelstedt School for helping to set up the interview.

Harry Wendelstedt Umpire School Here’s a nice video by MLB on a look inside the Wendelstedt School The incident we spoke about in 2011 where Hunter got a concussion and finished the inning.